A game designed for young children to play while cooped up during this pandemic lockdown.

This is a cute game that has a retro feel to it. It is played from a top-down isometric style view. The demo has a few quests and several areas to explore. What’s clear at the outset is that its main focus is to teach children about two main things: saints and living a gentle life using those saints as an example of how to do that.

During your wanderings, you’ll meet various saints that exemplify the type of lesson the game is conveying at that moment. The player is gently encouraged to follow their examples.

The gameplay is quest driven. You’ll meet certain characters who’ll offer you a quest and you’ll run around the map looking to complete it. The demo has one quest that requires you to find parts to make a mechanical chicken that will take care of a problem with wild raccoons that are getting into trouble (silly, but who said quests need to make sense?).

After you finish all the quests in the current area, you’ll move on to a new area to explore. The demo only shows the first area, so we have no idea how different or how the game mechanics might change.

The quests are very simplistic (they may get more involved later in the game, but the demo was very simple), which is what you’d expect for a game designed to appeal to small children. On the other hand, if you have a seven-year-old playing Halo, they may get bored really quickly.

The final version will have all text narrated, so any age will be able to play this without supervision. In addition, a small glowing line of sparkling stars helps you find where to go so it’s easy to find the next step in a quest.

The artwork is nice and has a cute, playful feel to it. Everything looks cute and there’s a concerted effort to avoid any sense of violence. How do you deal with annoying raccoons? Why, build a silly mechanical chicken, of course!

The background music is pleasant and original sounding but the demo only had only one bit of music. After a while, I thought it would start to irritate me. Surprisingly, it didn’t. If new areas have new music, I might not turn off the music at all. If you’re a parent being forced to listen to it in the background, if all the music of this quality, it might not drive you batty.

Does It Teach Roman Catholicism?

This game is by Loyola Press, a Jesuit ministry, and is going to teach and present things that are consistent with Roman Catholic teachings. ChristianGaming’s Statement of Faith is from the Protestant position, so we have plenty of serious issues with Roman Catholic doctrines.

However, we have no problem presenting games made by any Christians. We will not reject those whom Christ has accepted. But we do want to at least mention that the content of this game may not be consistent with your beliefs. Of course, this can apply to any game. The content will reflect the beliefs of their creators and we should always be ready to test that content.

However, we didn’t see anything in the demo that violated our own Statement of Faith. Still, it would be surprising if the full game didn’t emphasize things that would cross that line (for you or us). After all, this game is targetted at teaching children in a Roman Catholic household.

Their press release has some insight into this: “CATHOLIC PRACTICES: Players might witness the simulation of the celebration of a sacrament or learn how to pray a gestural prayer such as The Sign of the Cross.” and “quest-filled realms to explore, pray, do good works, and learn key aspects of the Catholic faith.” There’s no ‘stealthy’ attempt here to trick you into playing the game. They are quite up-front about what and who it’s for.

The game comes in two versions. One is for individual use and the other is designed for Catholic schools and parishes “The school/parish version even has a built-in learner management system to note progress and help with guided instruction.” For other developers of Christian games, you might want to see what they’ve done if you are planning to create a game that is also meant to instruct or teach.

So, it’s a targeted audience. And if you are Roman Catholic, those are great reasons to buy this game.

That being said, is it a good game? It’s hard to tell from a small demo, but if you want your children to play non-violent games that teach your children about saints and some limited information on how those saints can be an example for your children, it may be a good game.

But it’s very simple and it’s not going to be an exciting game or very challenging (maybe it gets more challenging later). It’s all well and good to try and get your child to play a game that teaches non-violence using Christian saints as models of behavior.

But will they play a game that doesn’t engage them? I hate to say it, but I don’t think they will. It still may be a good choice for you (especially if you need additional teaching aids).

If your child enjoys cute games with no violence and likes exploring and doing quests, this is going to appeal to them at some level. But either way, you are likely to have to work out some way to motivate your child to play the game through. 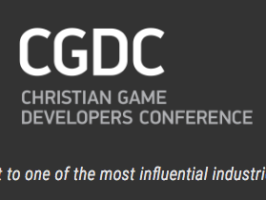 The Christian Game Developers Conference is held yearly in Portland Oregon. It encourages and inspires Christians who want to make games that reflect and honor their faith.
VISIT CGDC 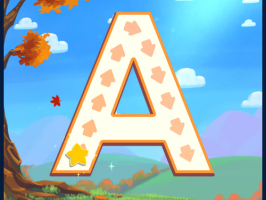 Bible ABCs for Kids Free let’s your child learn their ABCs while discovering the Bible! Let your child enjoy tracing uppercase and lowercase letters while animated friends cheer them on! Reveal beautifully illustrated characters from the Bible!

“Train up a child in the way he should go, and when he is old he will not depart from it.” -Proverbs 22:6 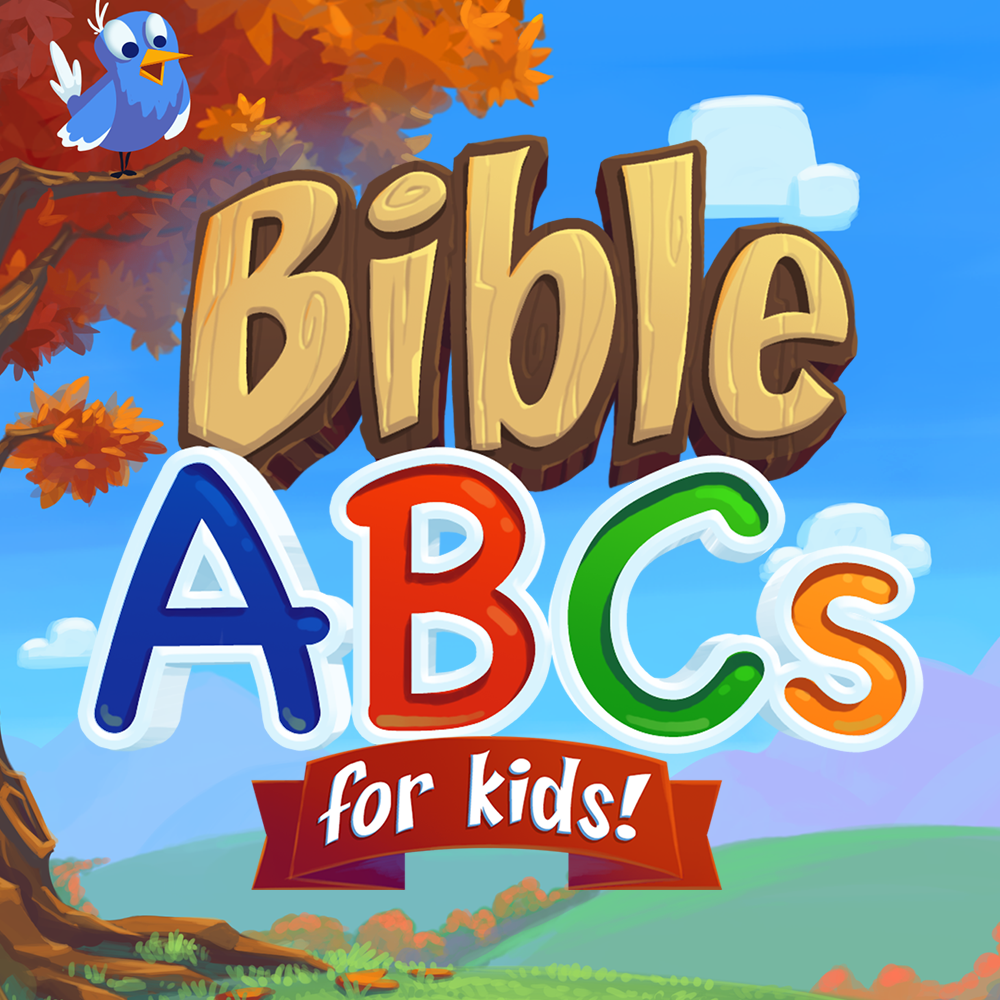 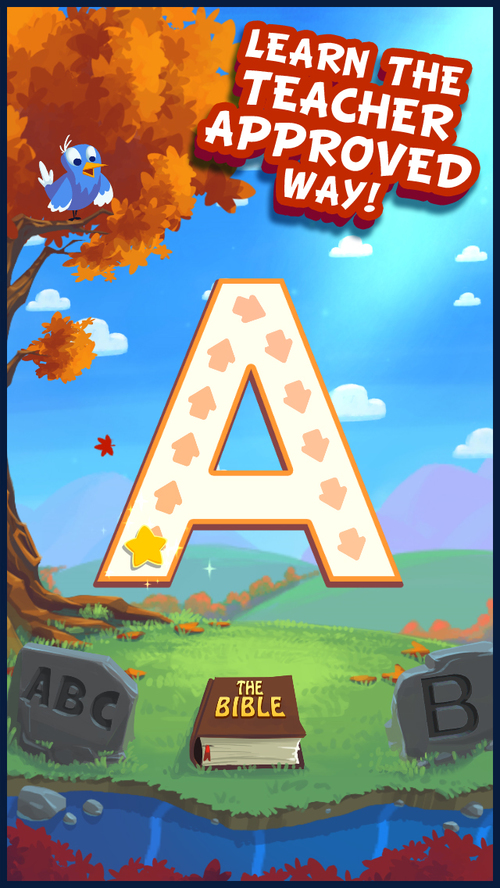 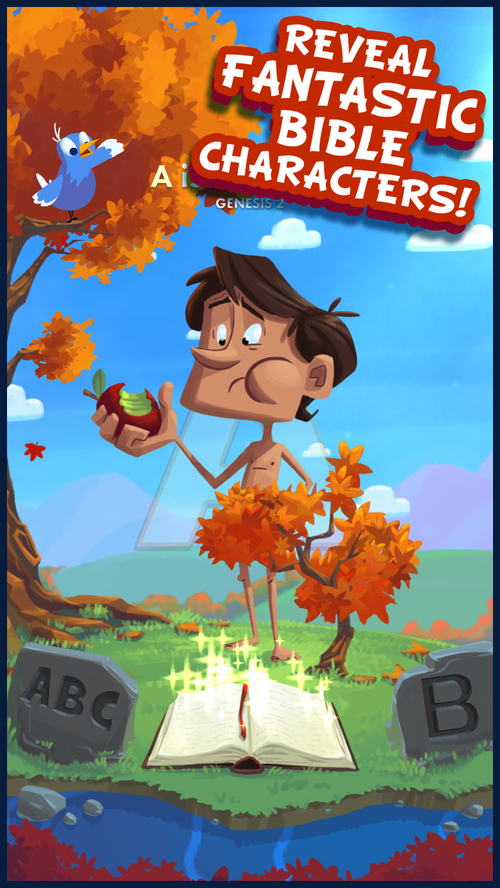 Letter A in Bible ABC’s APP

If you want to download this game check the links here: 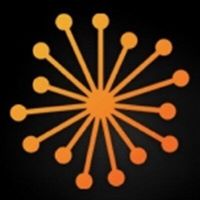 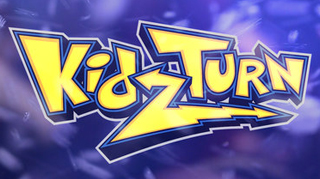